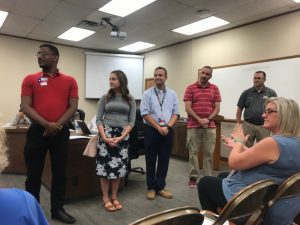 (Wichita Falls ISD)  Congratulations to WFISD music educators on receiving The Best Communities for Music Education designation. This designation is awarded to districts that demonstrate outstanding achievement in efforts to provide music access and education to all students.

This award recognizes that Wichita Falls ISD is leading the way with learning opportunities as outlined in the Every Student Succeeds Act (ESSA). The legislation guides implementation in the states and replaces the No Child Left Behind Act (NCLB) which was often criticized for an overemphasis on testing-while leaving behind subjects such as music. ESSA recommends music and the arts as important elements of a well-rounded education for all children.

This is the second consecutive year the district has received this distinction.