A Man Talking with his Friends 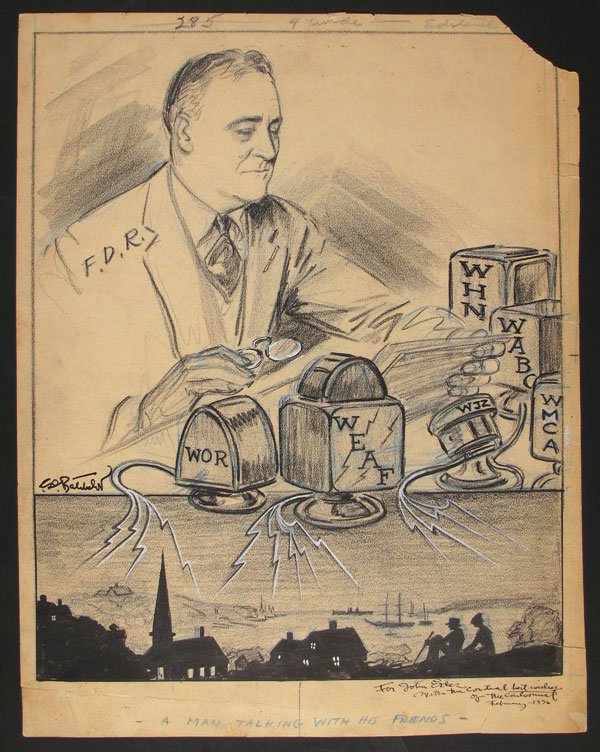 Clarence Daniel Batchelor
A Man Talking with His Friends, c. 1935
Pen and ink
From the Permanent Collection of the Wichita Falls Museum of Art at MSU Texas

In his picturesque illustration, A Man Talking with his Friends, artist and Pulitzer Prize-winning editorial cartoonist Clarence Daniel “C.D.” Batchelor captures the feeling of a calm reassuring president, labeled “F.D.R,” reaching out to Americans as they settled in for evening family time. We see President Franklin Delano Roosevelt reading his thoughts as a couple in repose listens through the radio waves at dusk, with lighted homes, a church, and a harbor in the background. These Golden Age of Radio broadcasts would take on the folksy label of “fireside chats.”

Because his political opponents controlled the newspapers and would often print biased stories about him, Roosevelt believed that his administration’s success depended upon his honest dialogue with the nation. Roosevelt reimagined a method for communication delivered directly to the electorate through radio and eliminating editorial bias or misquotes. He spoke to millions in a familiar tone about the Emergency Banking Act, New Deal initiatives, the recession, and updates on World War II.

These “fireside chats” explained policies and quelled rumors beginning most often with the words, “My friends” or “My fellow Americans.” The thirty chats he delivered during his presidency were among the first fifty recordings in the National Recording Registry of the Library of Congress.

A Man Talking with his Friends @1933-35 is part of the permanent collection of the Wichita Falls Museum of Art at MSU Texas and was donated by Ruthie Estes in 1994.

ACTIVITY: This work of art explore the idea of art or technology reimagined in a new way. Using pencils, paper, markers, crayons, or other art supplies you have on hand, imagine how you want life to be and draw it. 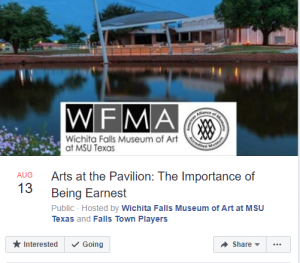 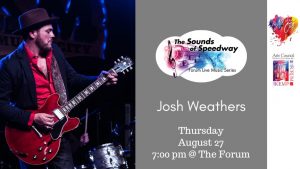 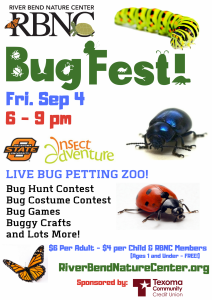