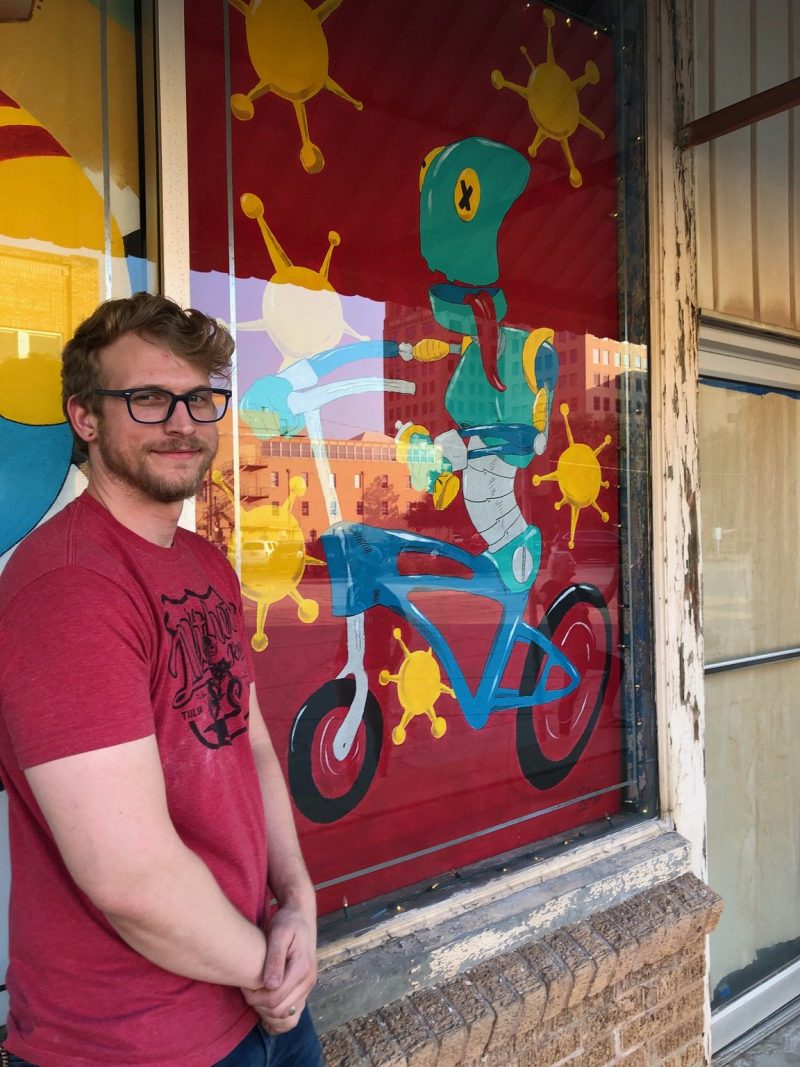 Simon Welch was born in Henrietta, Texas in 1986. He received his BFA from Midwestern State University in May 2010 with a focus in Metalsmithing and Printmaking. He was featured in several student shows throughout his college career and recieved best in show in “metalsmithing” in the student exhibition in May 2009. He has works in the permanent collection of the Wichita Falls Museum of Art at MSU as well as on display on campus of Midwestern State University. He started a career in graphic design in 2010 and has created several logos that are featured throughout the city in both publication and apparel. Simon Welch lives and works in Wichita Falls, Texas.