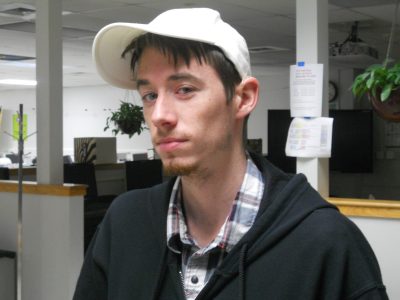 I specialize in: Graphic Design, Drawing

Logan Lofgren, a Texas-born illustration artist, attended the Rochester Institute of Technology (RIT), where he received BFA in Illustration. He has studied and created his illustration artworks.

He explores the various skills, which specialize his artwork of surrealism arts, cartoons, caricatures, graphic novels, and illustration in general. Most recently, Logan received AAS degree of Graphic Design. His goal is to become an illustration artist.

My work is created traditionally and digitally by using drawing and painting. The illustration artwork is based on the idea and theme that it can be seen as imaginary or imagery. It would be a variety of visual images such as visual pun and etc. While I expressly draw the illustration within the image in my mind or play with the form, abstract, and doodle included with the abstract thoughts and emotions. The process of my work involves thought-provoking and decision-making by using sketch to experiment on and brainstorming with ideas and then drawing. The visualization of complex idea and variety element with the image of the aspect of emotional, informational, narrational, observational, and inspirational.

Logan acquires his drawing skills that develop as in the work, processing through traditional drawings and sketches, which he is improving every day. At five, Logan drew many inspired cartoons he saw from television, especially his favorite cartoon, Ren and Stimpy Show. That’s when his passion of drawing started to grew. He saw himself as an artist or cartoonist. Also, he expressly drew a comic book of his beloved cartoon of his own narration to tell a tale. His desires to create children’s book illustrations, book covers, posters, and working with clients for his illustration works. Also, creating many variety of single and series illustrations.